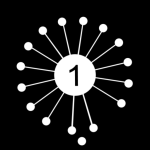 In the tactical space sports game CoreBall, teams of two to four players compete in tense battles to control one or more balls while dodging asteroids and other space junk. The objective of the game is to outscore your opponent by as many points as possible over the course of four rounds by keeping possession of the ball and keeping your team active and strong. Play now!

To rob the ball, wrestle with opponents, push them off the field or over perilous terrain, push them through CoreBall ring obstacles, or simply disable your opponents' spacesuits so they can't move, players must carefully choose a team of highly skilled spacesuits or athletes.

While you're still here, don't forget to play our other wildly popular game, Soccer Caps League. I wish you success in the game. Interesting!